I recently received a delivery of the print version of #TheMysteryOfTheWhirlyGig #comic I made for @BarnsleyMuseums during the lockdown summer of 2020 – a project that started out as a digital #interactivecomic to help those families who wished to still participate with the Elsecar Museum activities during lockdown and now continues as part of a full activity/educational pack sent out to similar families, so cheers to Sarah Taylor (thanks also to @HotMetalPress for a great print job) #comics #museums #education #elsecar
#CCSubtitles to the following video are available on YouTube.

The comic in both its internet experience and print versions includes not only the original ten part, 30+ page comics narrative, but also features puzzles and board game style interactive elements in which the reader/players can decide the routes the protagonists take as they move around in time and around the old site on which the Elsecar Heritage Centre us based. There are also “how to…” pages that look at making comics, board games, and how to make the principle object in the story in card, craft and making being an element that features heavily in the story for some of the characters. There was also the use of QR codes which where integrated into images of the technology the protagonists where using, but still allowed the reader to use a QR code reader to add an extra dimension including further historical information, read-along videos with staff, reenactment videos with actors in historical dress and even a “how to cook period food video”.

All in all, a challenging but great little comics project to work on.

…and this was the gang they selected and so our main protagonists.

I had thought my submissions for this years event had been rejected, and was pretty pleased to get an eleventh hour message letting me know that, in fact, one of my submissions had made the cut, being accepted into the annual Open Exhibition at Hull’s Ferens Gallery 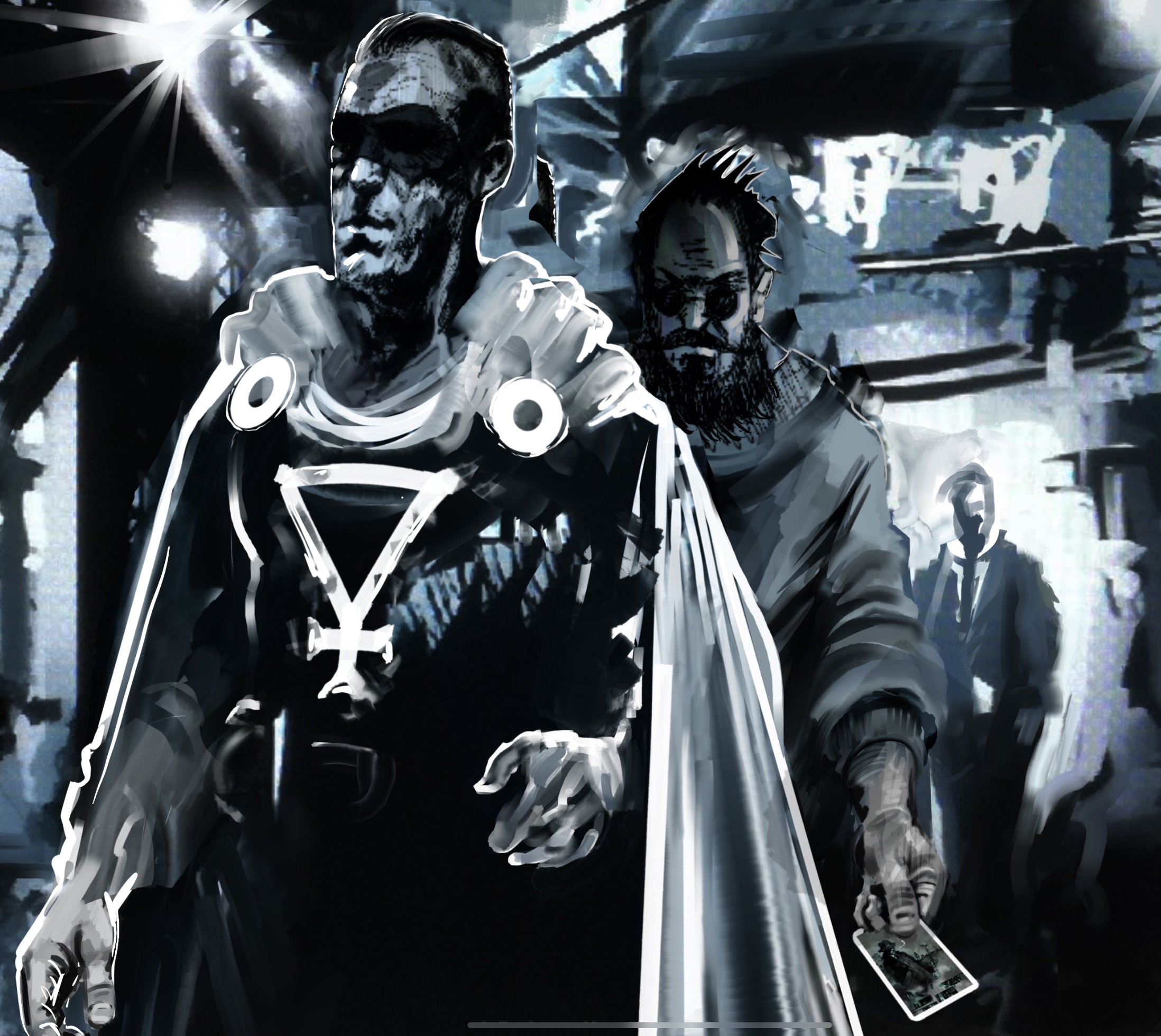 The piece in question is one of the works first seen at Salt earlier in the year (a joint exhibition with Joseph Cox, nice to see his work at the Open as well, see image below, second from the right).

The piece I submitted was originally one of a set of comics iconography inspired, cinematic pieces called Hero Noir. 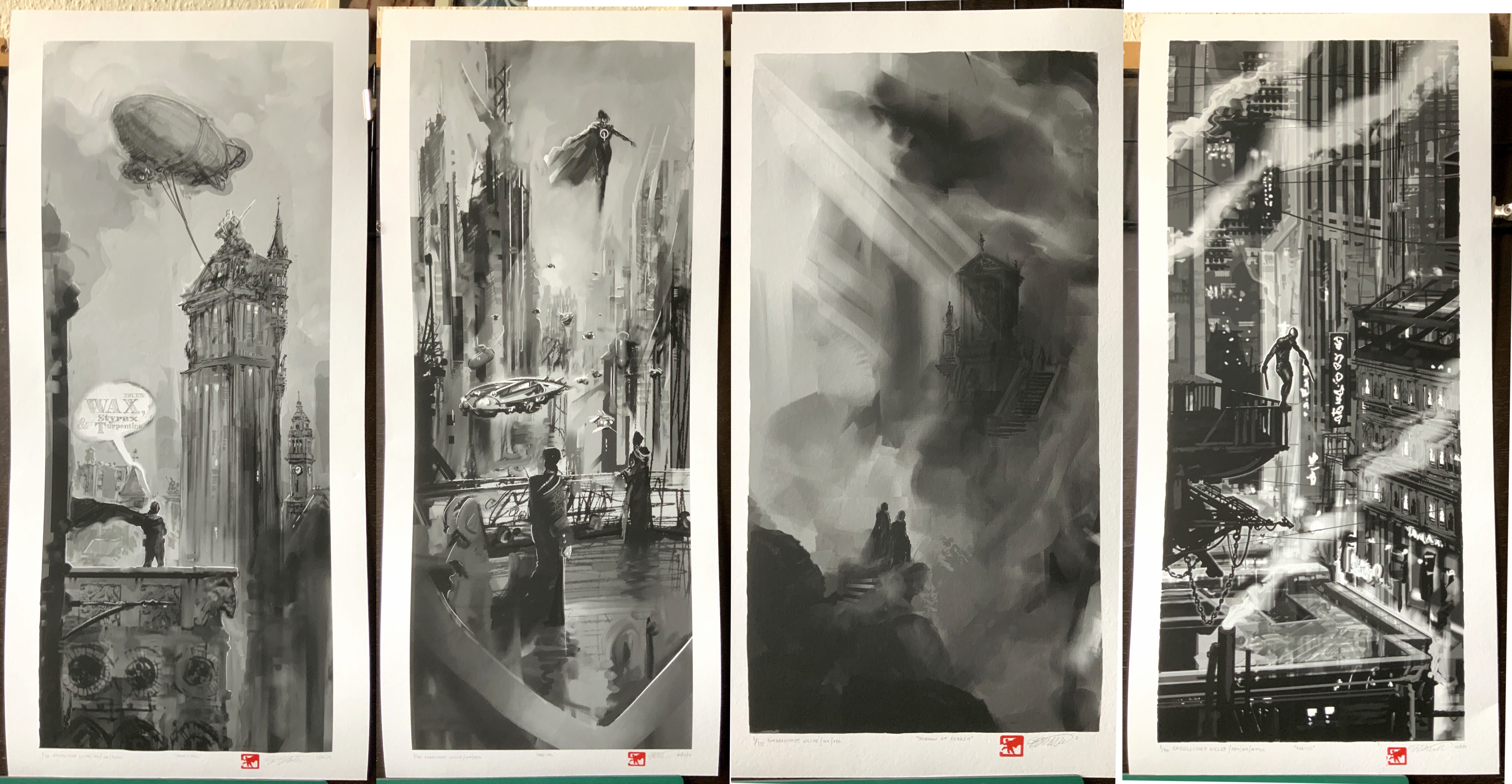 All were created using a number of techniques from traditional ink and paint on board, to digital paint on the iPad. Finally printed using the giclee print process onto textured paper and worked into traditionally one last time before each embellished print is signed and rubber stamped. 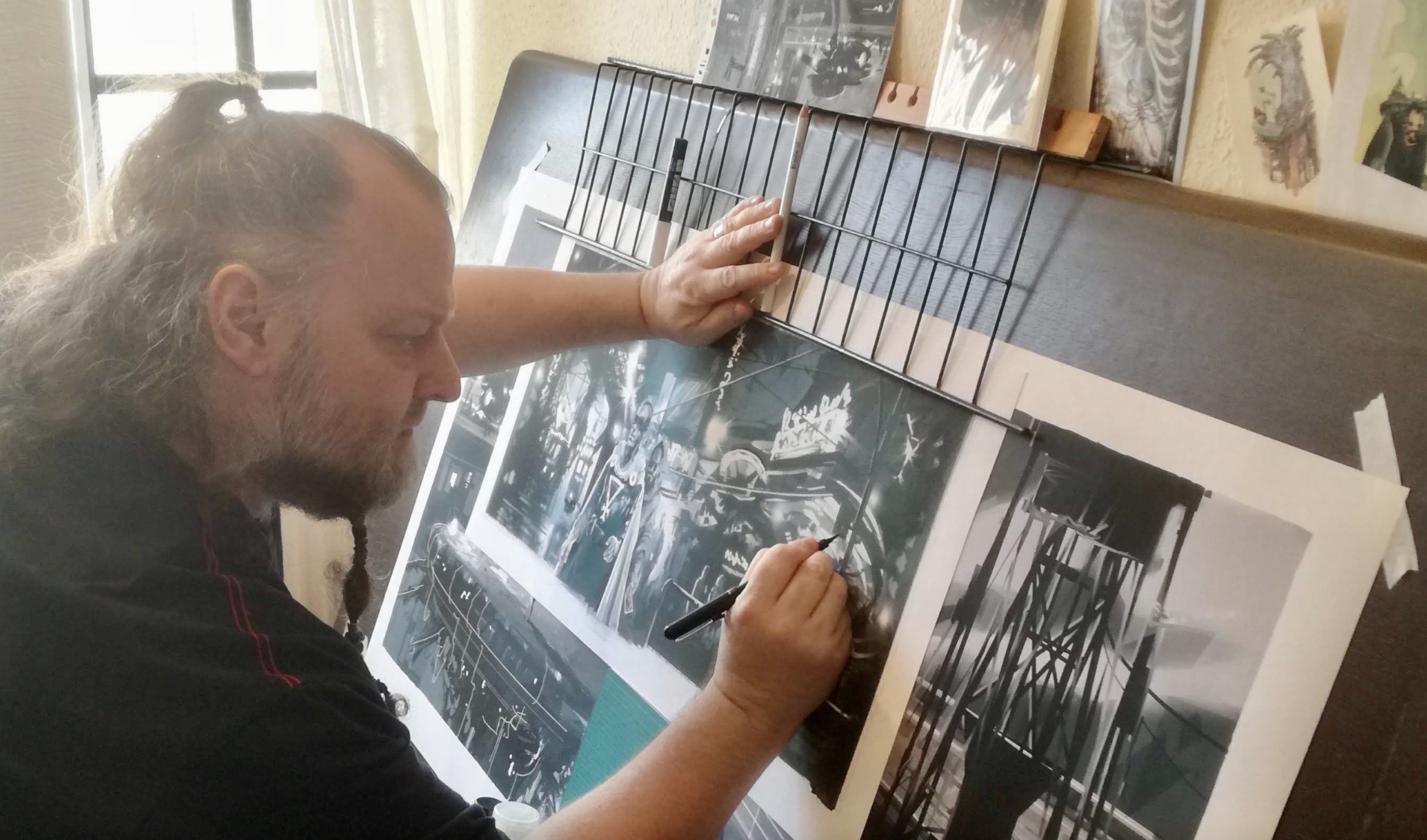 It will be interesting to see what the general art audience makes of it all. 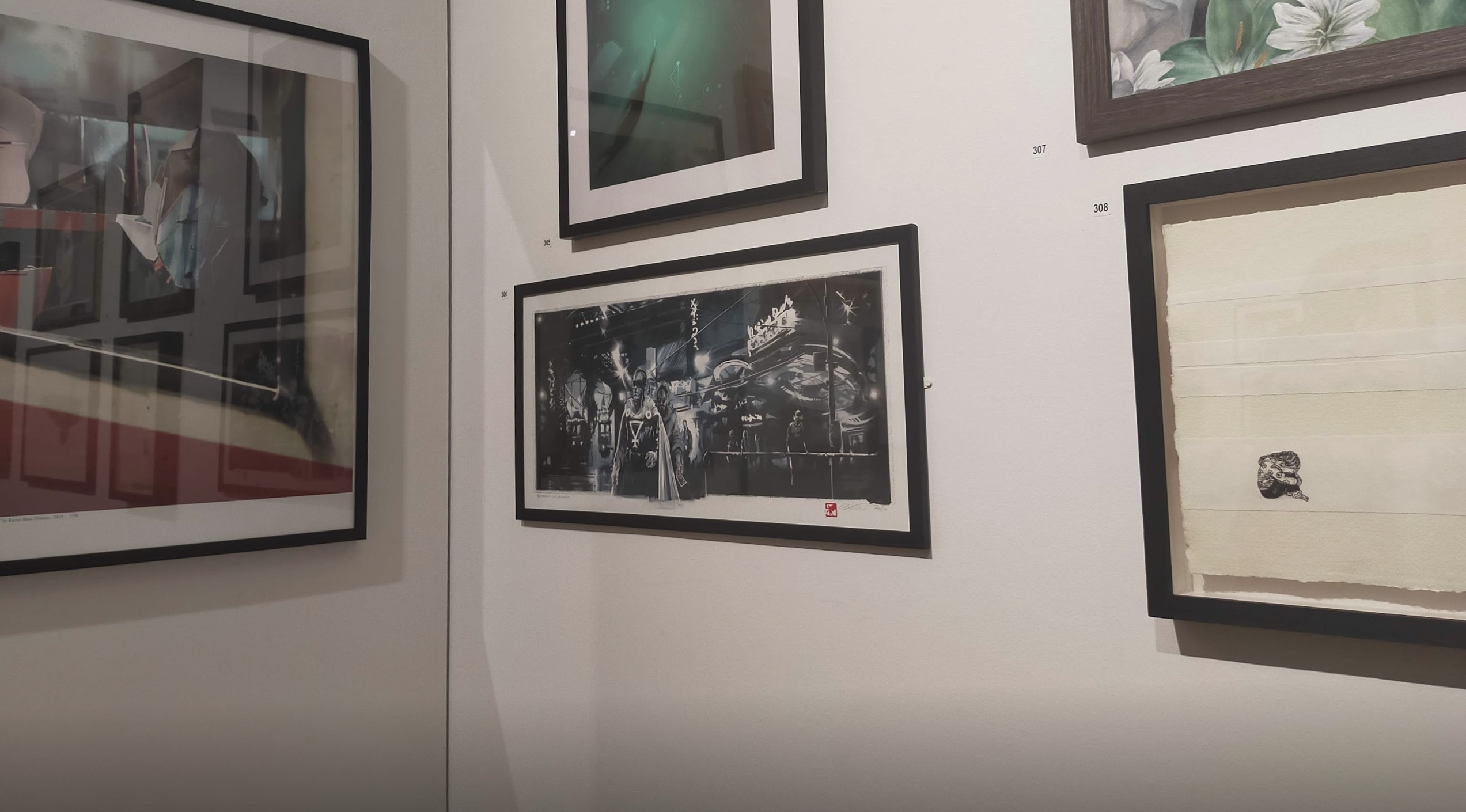 Had fun the other night chatting on
Joe Hakim’s Culture Show on BBC Radio Humberside.

Joe invited Sean Azzopardi and myself onto the show to talk about comics.

Joe’s a great host and as he’s a fan of comics he asks insightful questions. We covered a range of comics related topics from the general attitude to comics in the UK and the US versus other parts of the world, the kind of work we find ourselves doing in comics and some process stuff, as well as some specific projects like Sean’s Sea Shepherd project, and my work so far on Pat Mill’s Space Warp.

Plus we mentioned that we’d decided to figure out what Hull has in terms of a local comics creating scene by setting up a Comics, Drink ‘n’ Draw night. 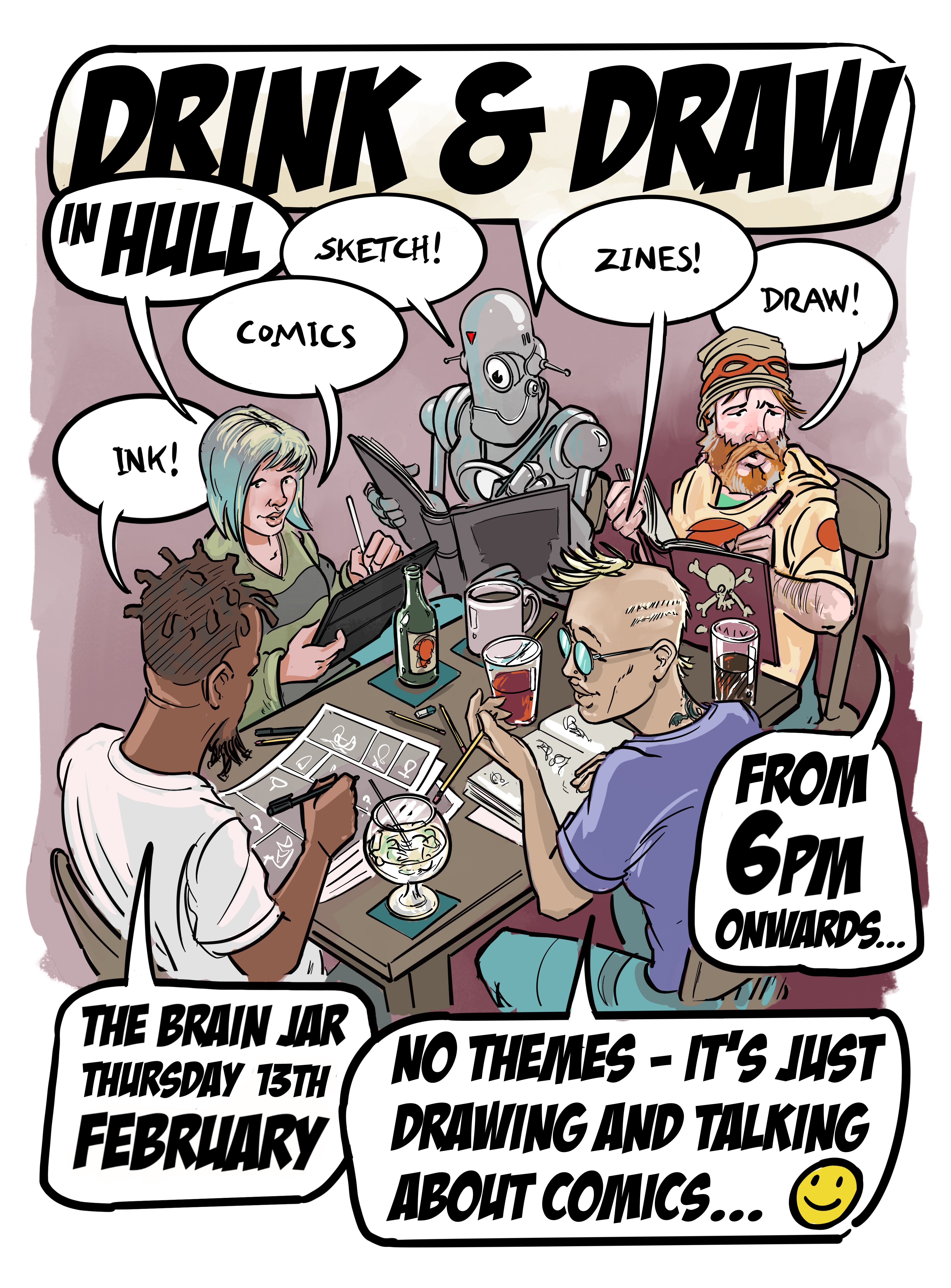 Over the last year Sean and I have been tabling together locally at some of the Indie and Craft markets since he moved up from London. It’s been interesting, as despite us both doing comics, our work is very different. Sean’s work is predominantly autobiographical work, whereas mine is… well, y‘know, monsters and occult detective stuff. Regardless it’s been great being able to hang out and chat to another comics creator, meet up for a cuppa, discuss work (and 70’s rock, laughs) and even pop over to hang out at his studio in Old Town (at HUB-A) every now and again. 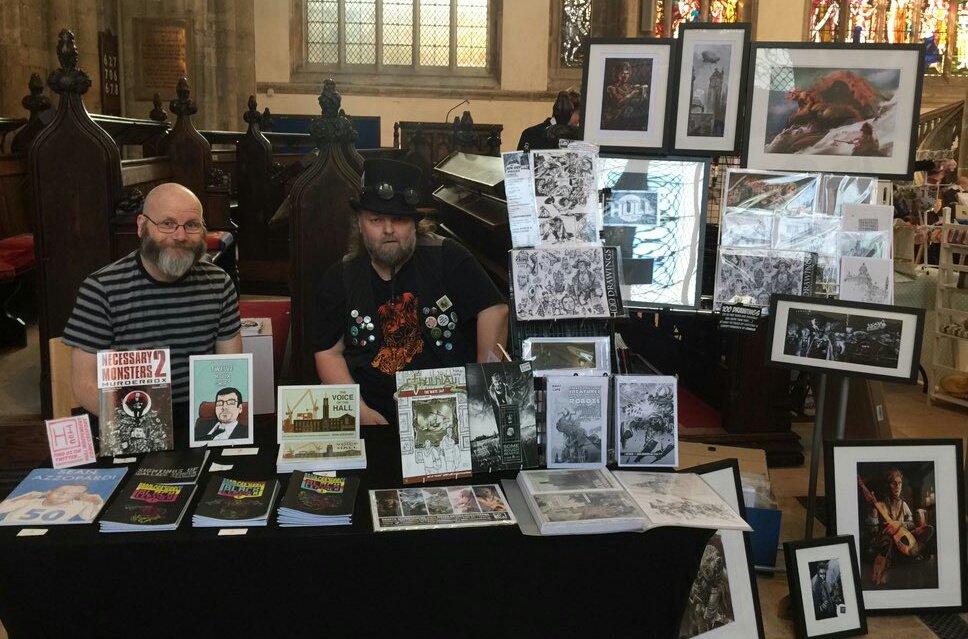 It was with that social aspect for comics creators in mind (let’s face it, a lot of us spend most of our time on our own at the drawing board working late into the night/morning) that we began discussing ways to encourage more local comics people come out into the light to talk to each other. And with that Hull Independent Comics Creatives (HICC) was born. It has its own Twitter feed now >HERE<, and we were promoting the idea by putting a HICC label on our respective local comic event stands. It may well be revived or reincarnated in another form at some point. All of which then led into us trying out the idea of the Hull Comics Drink and Draw event at one of old town’s arts friendly bars, The Brain Jar. We’ll see how that goes I guess.

Anyway, you should go check out Sean’s work over at his PhatComics website or on Twitter @seanazz. He has an exhibition of his Sea Shepherd work running over the next couple of months (Feb – April), Sea Shepherd @ ArtLink and a bunch of great books to check out over at his online store. 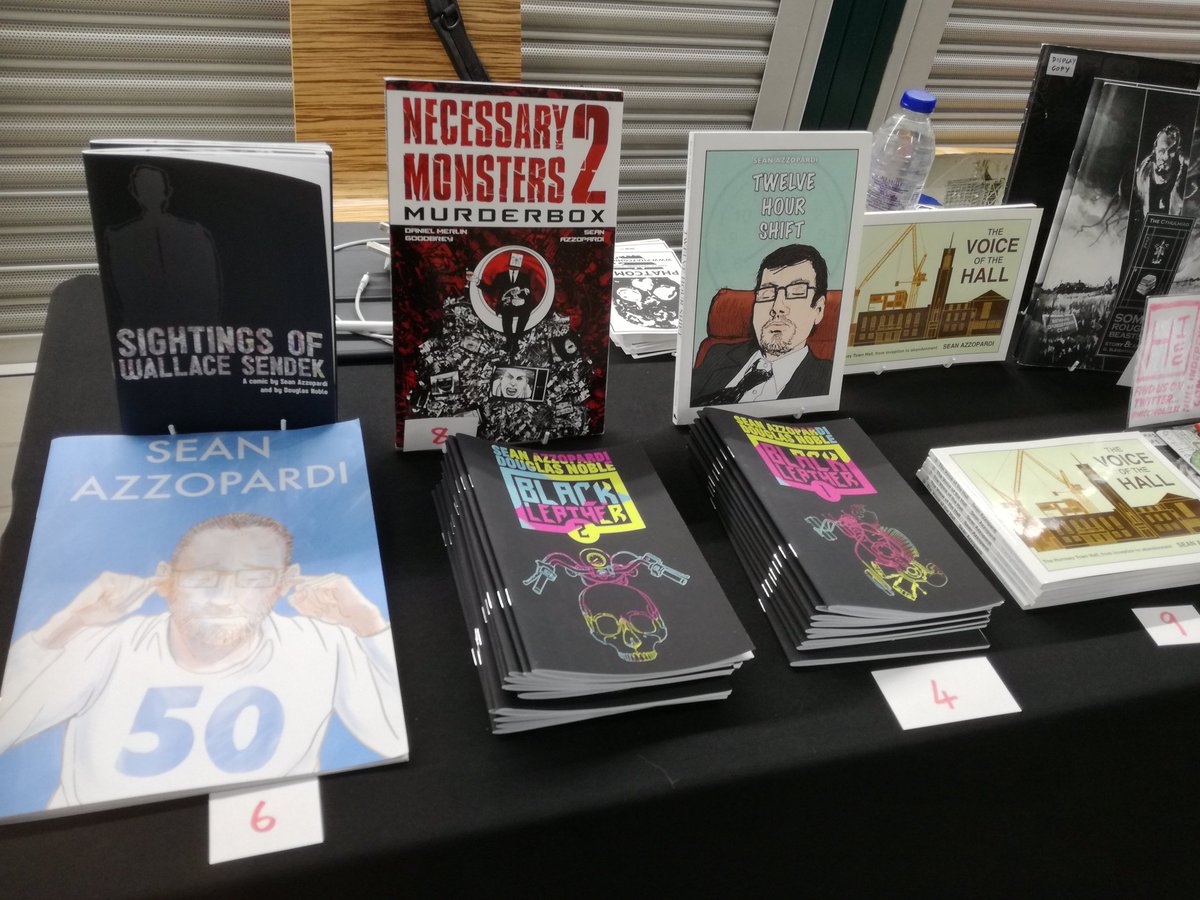 If you like those, go check out Sean’s Patreon too.

You can also find a link to Joe’s Radio show >HERE<, and his Twitter feed @joehakim

Just saw this tweet go past on my timeline, and that reminded me. The guys were kind enough to ask me onto the podcast back in August 2019 (Episode 214) as part of their Comic Making Process sessions – episodes 213 – 219 over on podbean etc. 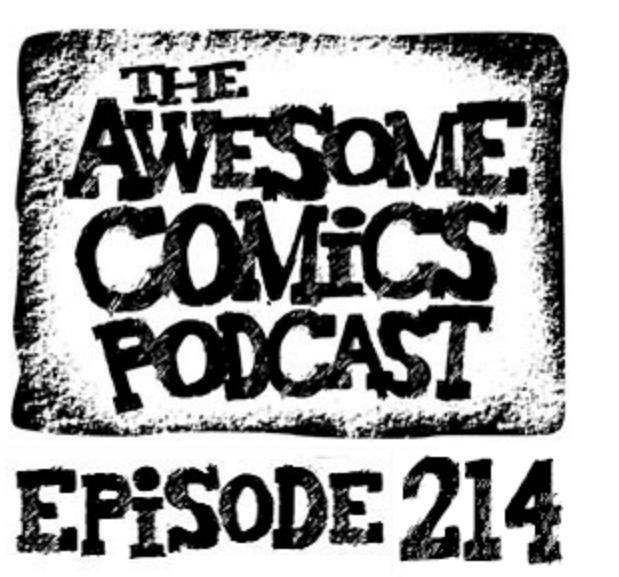 If you are into comics, (particularly if you make them and are based here in the UK) and haven’t heard of the The Awesome Comics Podcast, you really need to check them out. Loads of great critique and advice, across a wide range of comics subjects, styles and genres.
Just be careful if listening with your favourite old aunt, she might not be prepared for some of the colloquial language.

There’s also a great Facebook group, again with tonnes of advice, support and a real sense of community for UK comics creators and enthusiasts. Go check it out.

I was pretty happy last year when I was approached to submit an art trial and subsequently be given the task of taking over art duties on Steve Tanner’s “Flintlock” title, found in the historical anthology comic of the same name, published under his Time Bomb Comics imprint (as it stands Book Four is now out in the world, and the script for Book Five is currently in my in-tray).

This was the first book I’ve worked on completely digitally, using Procreate fro the entire process from thumbnails through “pencils” and “Inks”. You can see that process in the video below. A real learning curve, but it certainly had its benefits.

If you are not aware, Flintlock follows the adventures and trials of a highway-woman in 18th Century England., the book also features two other female character led historical tales in each issue, with a bunch of other great artists. If you wanted to check it out you can find Steve at many of the major comic con events around the UK, or check it out on his site/store (he has a whole range of similarly historical adventure titles on there too). It is also currently being republished in the pages of Comic Scene magazine, which is available in most WHSmiths, which is cool.

The book has been great to work on despite throwing up some challenges, not least that the predominant mode of transport/travel involves horses, laughs. But I guess an artist just can’t keep avoiding equine anatomy. One big boon is that I already had access to a tricorn hat and a brace of flintlocks. 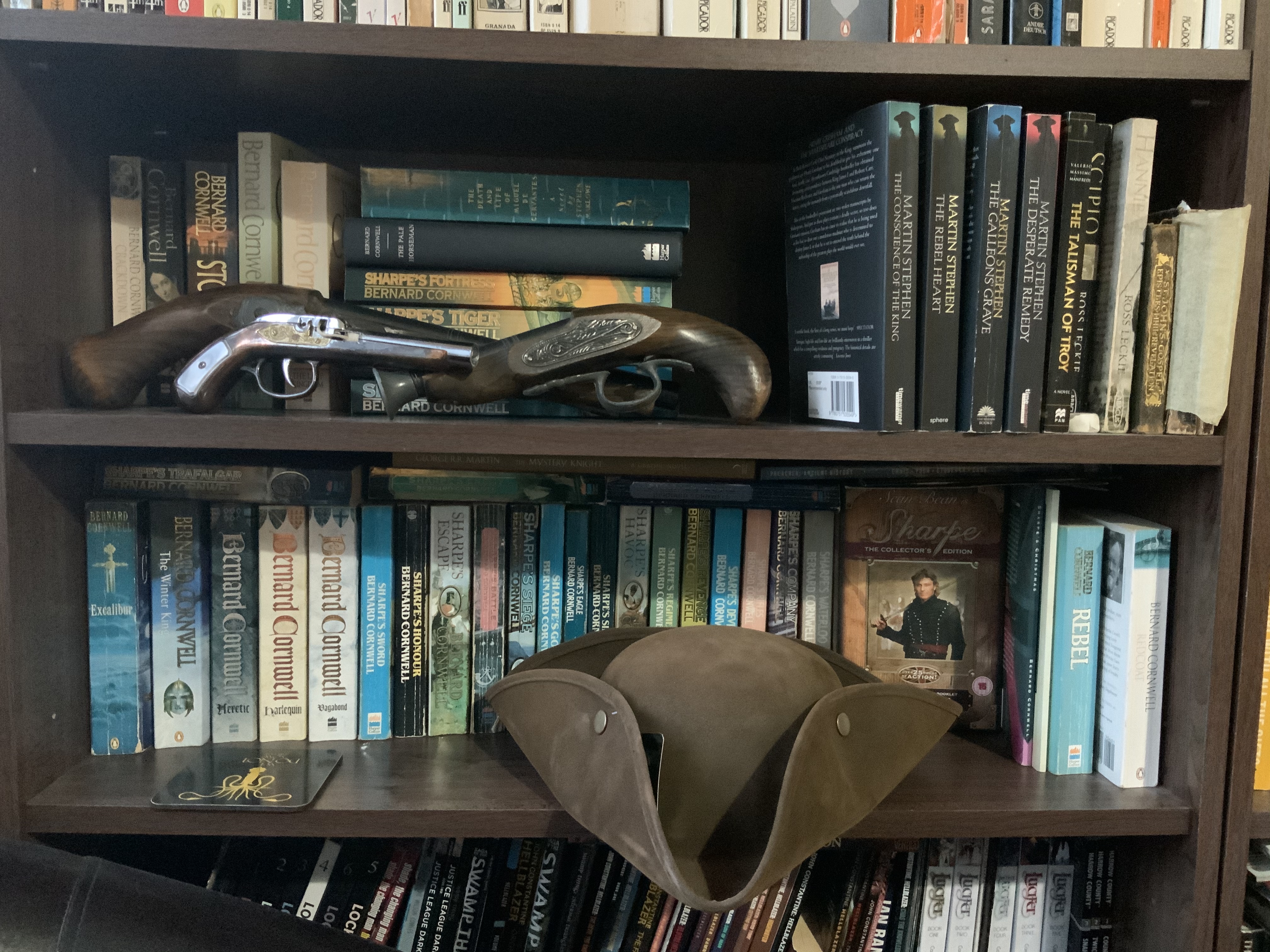 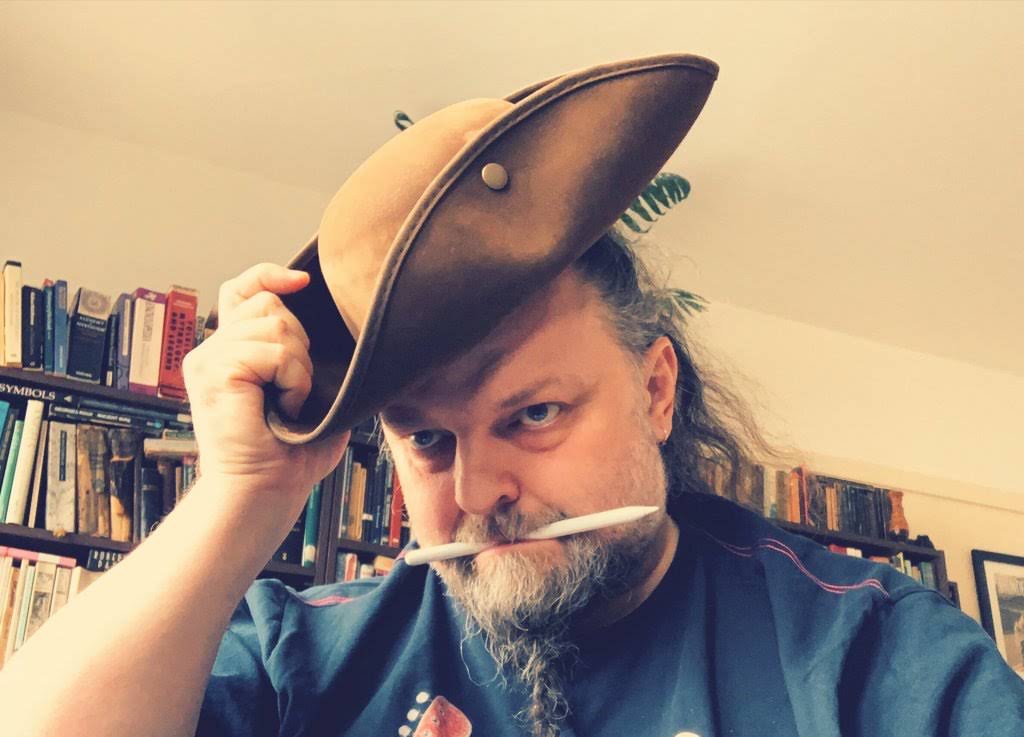